Purpose: This Survey was conducted in order to find out whether there is a correlation or not between violence in videogames and violence in people/teens. We picked this topic because we really like videogames and were honestly just curious.

We can't help but notice in the news everyday, that somehow or somewhere there's a tragedy, and the blames usually goes to videogames. It seems that people believe that with the constant increase of violence in videogames that they find it natural to put the blame on videogames. However, this is not the case. In the past few years, there have been many studies to find a correlation between violence in our world, and violence in the videogame world. 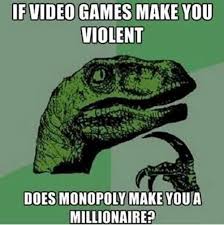 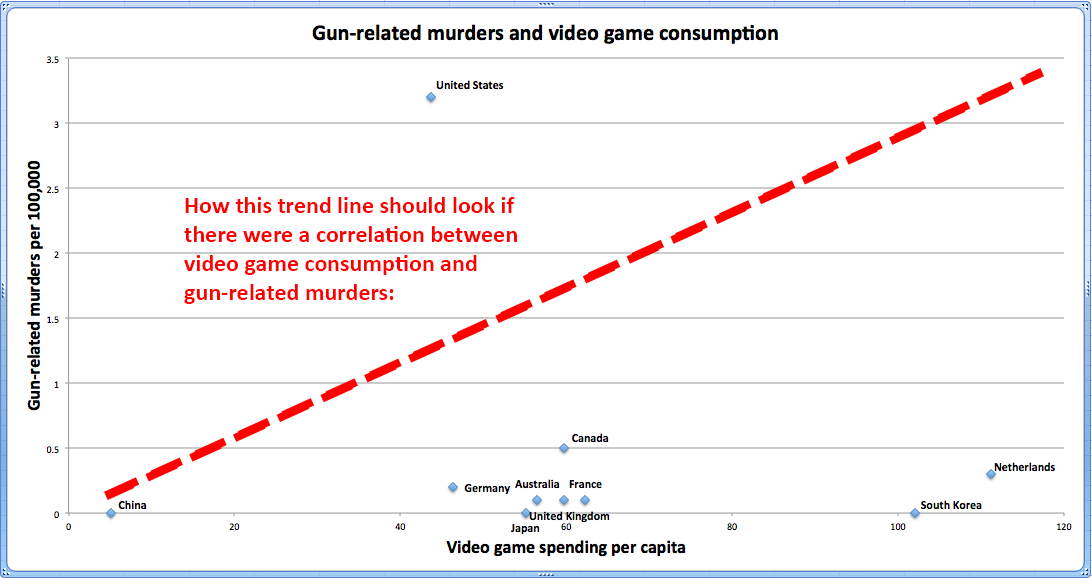 You see, time and time again, no visible correlation is found. With this, we decided to do some of our own reasearch. After looking at various websites and external charts, it's become very prevalent that as game sales go up, the crime rates continue to fall. With this, we conducted our own survey. The Survey consisted of questions that were to be answered that asked about the subject's gaming habits as well as experiences with violence. We received 53 results so far, and the following charts are of those 53 results. 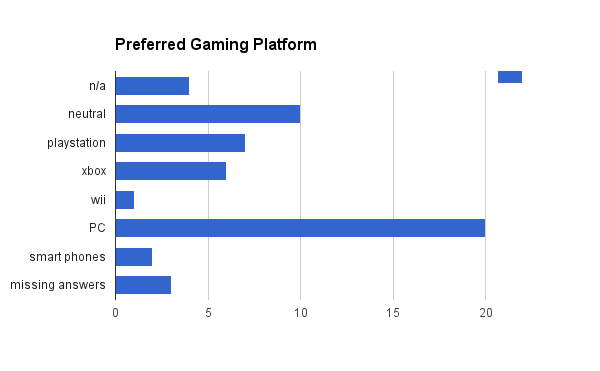 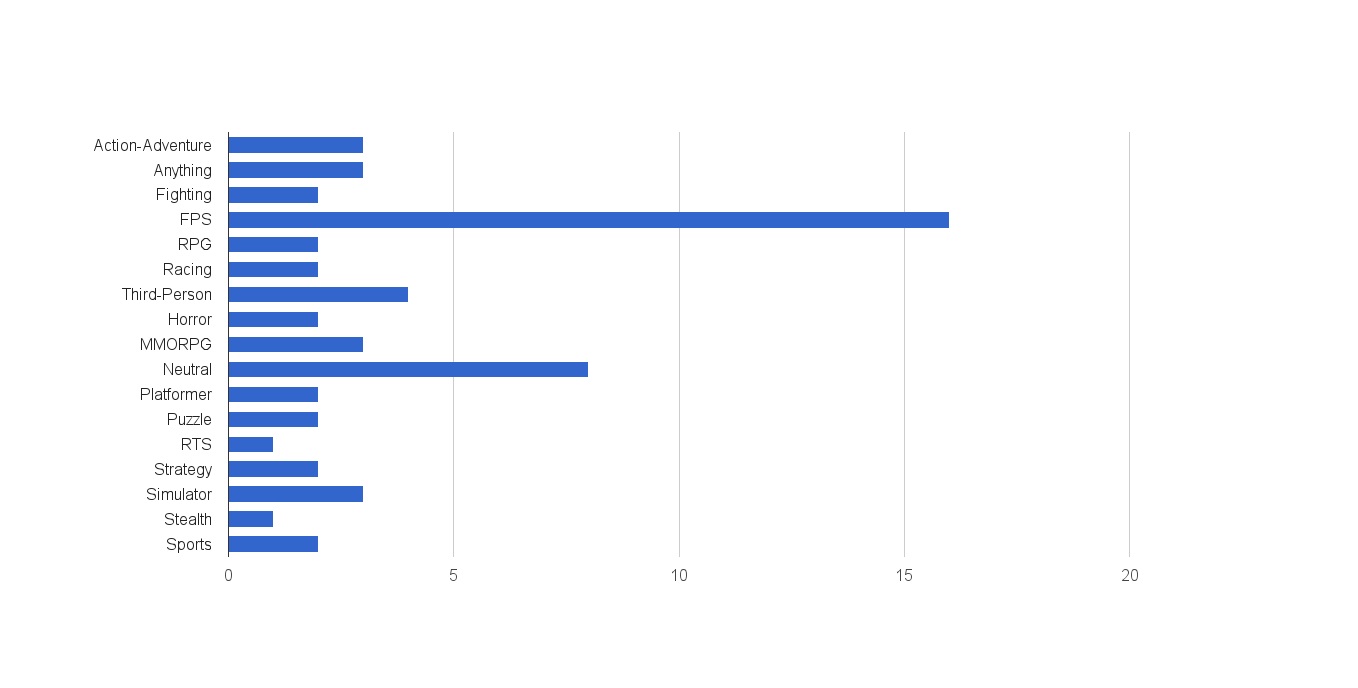 I have played violent and gory video games since I was very young. Many of my close friends also played the same games as I do. I have played many genres of video games like the common FPS to others like third person, hack and slash, survival, and platformers. Many of the games I played have decapitation or gibbing, like many zombie survivor games and some other games like Middle Earth Shadow of Mordor. Some of the days, I hear the news about if video games were to blame on violence. Video games never gives me or my friends an urge to kill someone.Young teens can be influenced by video games, but I am not influenced since I’ve gotten used to the violence, so I believe that video games do not encourage teen violence.

Despite having 71.7% of survey takers played video games for over 9 years, many of them do not have sudden violent outbursts as seen on the data from the survey we made, over 50 students responded to the questions we gave. Many of the subjects also put First-Person-Shooters as their favorite genre as seen from the bar graph below. Many of games in the FPS genre are considered violent 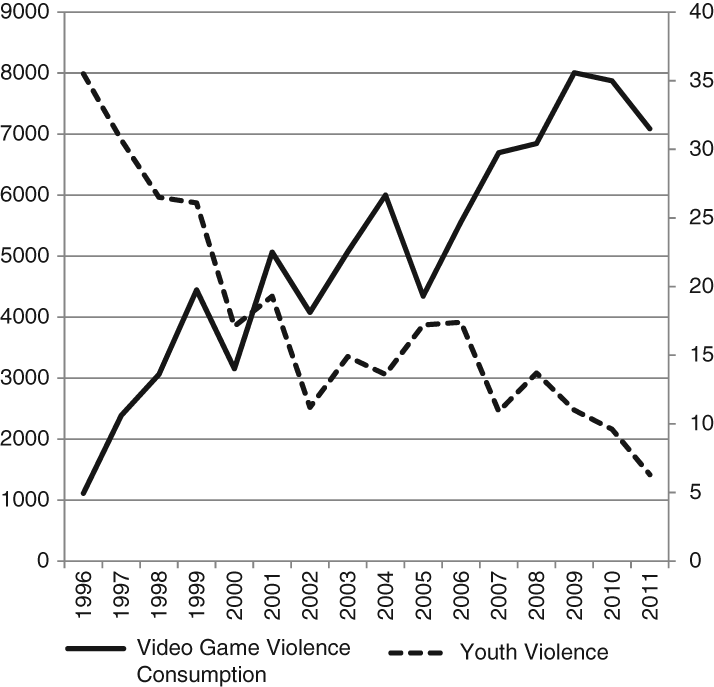 This graph from the “the nerdist” site and explains that with their studies they found that their is no link between the consumption between game violence and youth violence. They’ve found that their studies have been very broad and that many people are less violent after playing violent video games, but they have also found some people that were more violent after playing violent video games. Overall the trend was negative and that people were less violent while more video games were sold. They believe that youth violence is a lot more complicated than a videogame teaching kids to shoot up schools.

A conclusion that I was able to draw from all of the data that we had gathered was that no correlation can be visibly found I don't think that there ever was one. Being that there is no correlation, I don't believe that violent videogames incite kids to violence, but rather desensitizes us. I might be the only one who isn't really bothered by hearing of a shooting or terrorist attack or such, but I think this comes from the fact that I'm exposed to these things so much.